The Battle of Cedar Mountain

On the blazing hot afternoon of August 9, 1862 a few miles south of Culpeper, Virginia, Confederate Major General Thomas “Stonewall” Jackson led his troops into battle against Union Major General Nathaniel Banks’ corps of the Army of Virginia. The five hour fight saw four Federal brigades surge across corn and wheat fields against three Confederate divisions formed along the road, fence lines, and in the woods.

Culpeper’s native son, Major General A. P. Hill, sealed the Confederate victory when his division re-formed Jackson’s crumbled line and led the charge that turned the tide of the battle. For Hill and the other Culpeper men engaged, this was a personal battle to liberate their homes, friends, and family from the Union occupation.

3,800 men were killed or wounded in the shadow of Cedar Mountain by the end of the day — the deadliest day in Culpeper’s history.

Through historic preservation and education efforts, Friends of Cedar Mountain Battlefield is working to ensure that this battle and the valor displayed by both armies will never be forgotten.

2022 marks the 160th anniversary of the Battle of Cedar Mountain! If you have attended one of our recent annual commemorations, expect even more! This year you'll enjoy a living history experience for all ages PLUS two battle scenarios, more artillery AND performances by the 73rd Volunteer Ohio Volunteer Infantry Regiment Band. Check our event page or watch our Facebook page for event news. 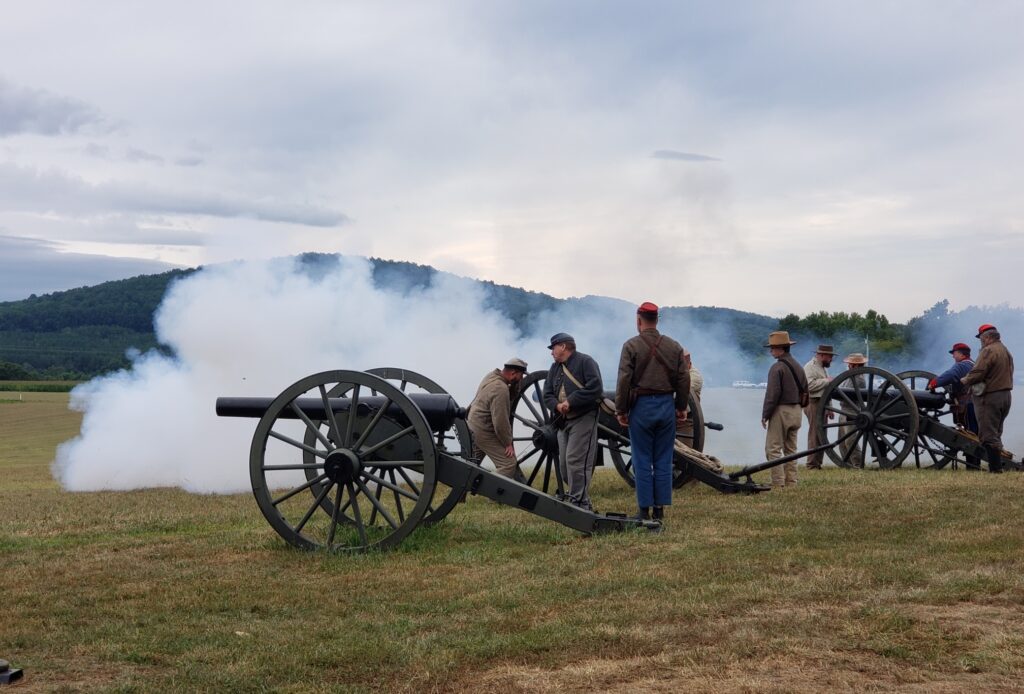 VISITing the battlefield on your own

The battlefield is open from dawn to dusk. Please follow current Virginia COVID-19 precautionary guidelines, such as physical distancing from other visitors, while enjoying the trails. Please see the page Visit Cedar Mountain for additional information for visitors. Thanks for your interest!