Friends of Cedar Mountain Battlefield (FOCMB) welcomes requests for battlefield tours by individuals or groups seeking to learn more about the battle. FOCMB was delighted to respond to a request by Mr. Greg McQuillan, of Colvina, California and his two sons, Brannon and Brendan, for a  private tour in April 2018.

Mr. McQuillan is a descendant of Private Henry Von Sende, a volunteer infantryman with the 46th Pennsylvania. Private Von Sende was killed in action during the Battle of Cedar Mountain on August 9, 1862.

FOCMB Vice President Michael Block met the McQuillans at the visitors center for a brief orientation and overview of the military situation before the battle and its principal players, before the tour took to the field. 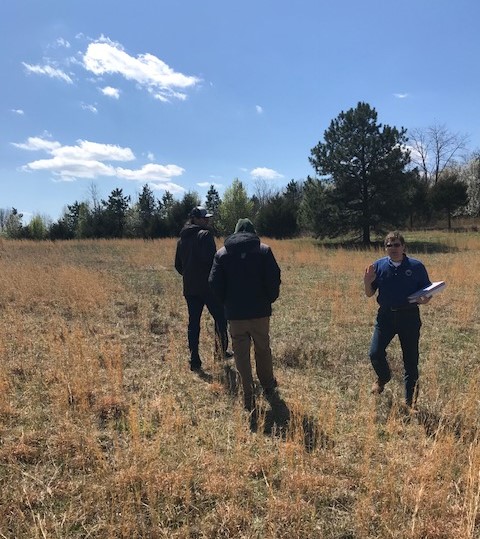 The McQuillen tour explored the battlefield by foot in order to better understand the experience of Private Von Sende at Cedar Mountain. From the visitors’ center, the group proceeded to the intersection of Old Orange Road and Mitchell’s Road. It was in the fields east of this crossroad where Henry Von Sende spent his last night among the living. The 46th Pennsylvania camped along the north branch of Cedar Run directly behind Captain Jacob Roemer’s 2nd New York Light Artillery. It was the Pennsylvanians’ responsibility to protect the battery from Confederate infantry attacks. After a brief stop to take in the geography to better understand how the battle unfolded, the tour group traveled to Whalen’s Mill Road where the 46th Pennsylvania formed their lines of battle and prepared to attack. 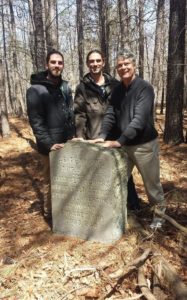 Today, Whalen’s Mill Road only remains in traces on private property. FOCMB has established good relations with property neighbors, and with proper notice can gain access for private tours to these significant but privately owned parts of the battle ground. Here the McQuillens stood in the roadbed and walked the ground where their ancestor’s assault began. They visualized the troops lining up and learned how the appearance of the area today is different from the time of the battle. They visited the 46th Pennsylvania monument, which stands as a silent sentinel in the woods. The monument, dedicated in August 1902, is one of five regimental monuments on the battlefield.  After visiting the ground where Henry’s advance began, the small group returned to the preserved portion of the battlefield to re-trace the final footsteps of Henry Von Sende.

On the battlefield near the cannon the family learned particular details of the fight from their guide. They heard about the disjointed attacks of Auger and Crawford, and how the latter had a glorious but brief success in overrunning the Confederates along a position known as The Point, driving them from their position. Crawford’s men advanced the furthest of any Union troops on the field that day. After turning the Confederate position, they forced back and routed portions of two other Rebel brigades. Their success was fleeting as small groups of  exhausted soldiers found themselves isolated without support and facing a counter-attack by Confederate reinforcements. With this knowledge of the action, the tour group proceeded to the fields where the 46th PA advanced.

Walking up a ravine to the top of the hill in the direct footsteps of their ancestors, the McQuillans were vividly impressed with the final moments of Henry’s life. Mike shared stories of individual soldiers during the battle to describe the brutality of the combat in the woods where the Pennsylvanians fought. Exactly when or where Henry Von Sende fell is not known.

The last stop on the day’s itinerary was the National Cemetery in downtown Culpeper.

The National Cemetery holds the remains of Federal soldiers who fell in this part of the state. In addition to Cedar Mountain’s fallen, soldiers who died at Brandy Station and Trevilian Station are buried here, along with those who died during the Winter Encampment of 1863 -1864. Soldiers who died in smaller engagements or from illness from the surrounding counties were also brought to Culpeper after the war. Two identified soldiers from the 46th Pennsylvania who died at Cedar Mountain rest here, and were duly pointed out to the guests. Henry Von Sende’s remains are probably mingled with hundreds of others in the vast section of the cemetery for unknown dead. 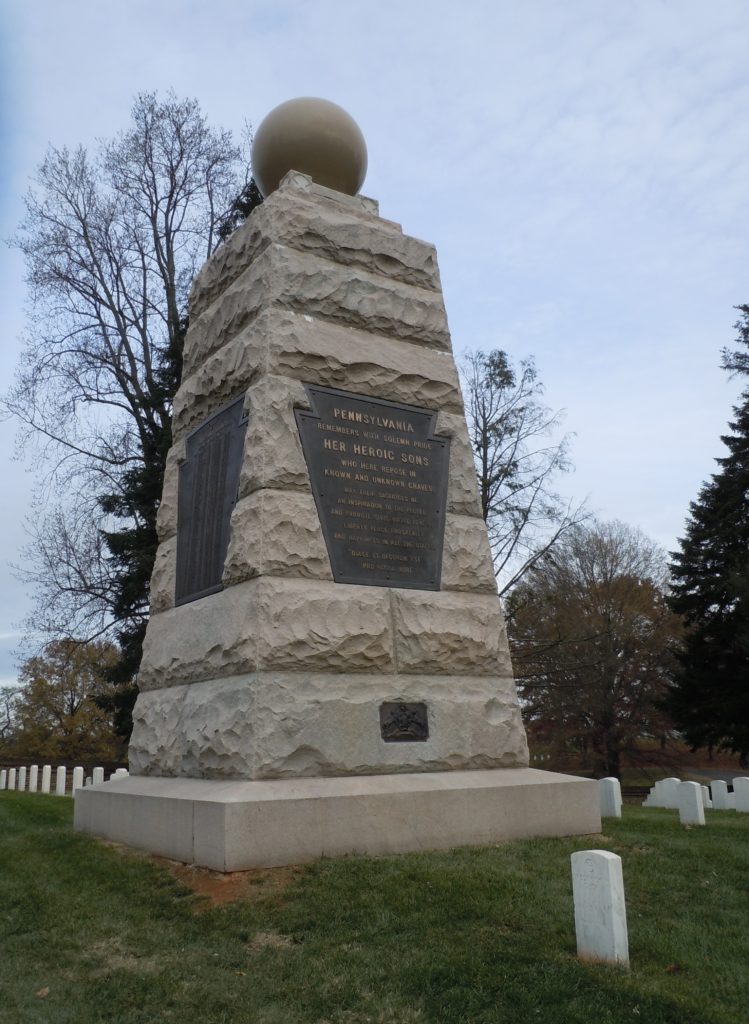 The impressive monument pictured above is dedicated to the Pennsylvania regiments that fought in Culpeper and was a fitting place to end the tour. The McQuillens were notably moved by the experience. 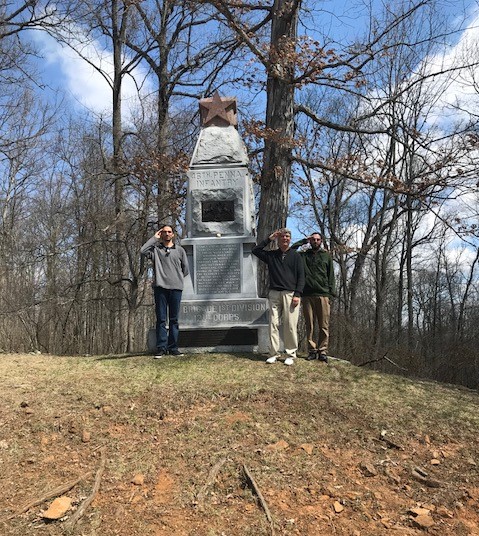 After their Culpeper tour the family continued their Civil War odyssey by visiting Appomattox and Gettysburg, where they placed a stone from the Cedar Mountain Battlefield atop the battlefield monument to the 46th Pennsylvania.

If you are interested in a guided tour of the battlefield or a customized tour similar this family’s experience, please contact the Friends of Cedar Mountain Battlefield at 540-727-8849 or info@friendsofcedarmountain.org