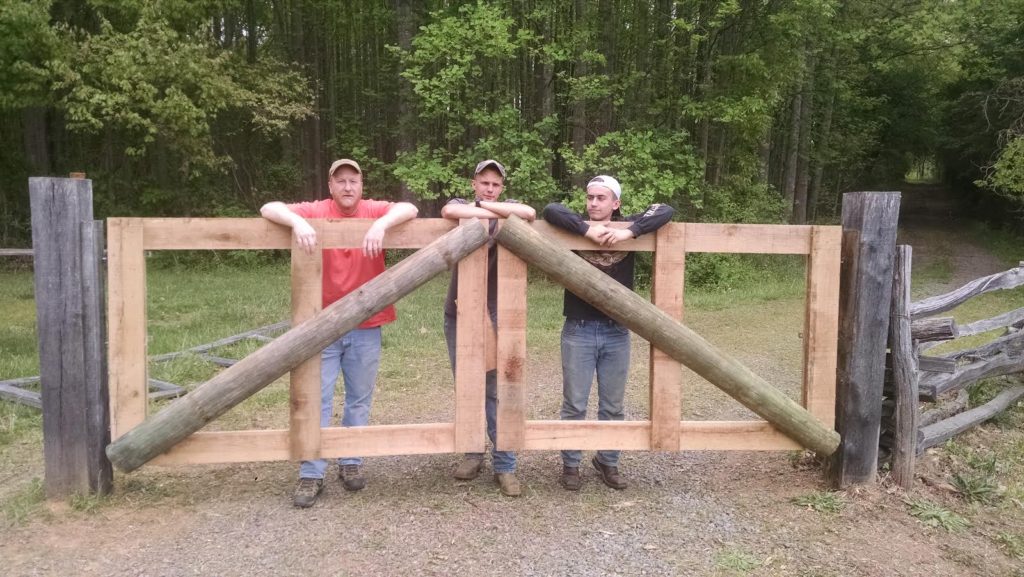 Wright’s creation replaces the previous representation of the Crittenden Gate with a  more authentic interpretation of the split gate design. The project also included working with state forestry to remove non-native species flora and replace it with native species. The area near the monuments and the line directly behind the gate were cleared and 20 Eastern Redbuds were planted.

Crittenden Gate, which stood at the center of the Confederate battle line, was the site of heavy fighting August 9, 1862, and a principal landmark on the battlefield.

BSA Troop 225 is a valuable partner for the Cedar Mountain Battlefield Association’s ongoing restoration efforts. Past Eagle Scout projects have included building a bridge connecting an interpretive trail to the pond on site, building picnic tables and developing a picnic area, clearing and developing a trail to an early cemetery, and placing benches along the trails.

The Eagle Scout designation is the highest achievement in the scouting program of BSA (formerly Boy Scouts of America) and typically requires years to complete, including an extensive community service project, like the one undertaken by Wright.

Originally published in the Summer 2018 edition of Hallowed Ground, the publication of the American Battlefield Trust