In the far corner of the battlefield stands an impressive monument to the 3rd Wisconsin. It is accessible to all visitors willing to make the trek. The monument was completed in July, 1906, and placed on the battlefield as near the point where Colonel Crane was killed as could be determined by the 3rd WI veterans.  They were assisted in this effort by Judge Daniel A. Grimsley of Culpeper.  The monument was built by Mr. J. Gordon Thomas of Culpeper who also assisted with the placement.  The monument is engraved with the following names:

On the base:
THIRD WIS. INFTY.
ERECTED BY THE SURVIVORS
1905.

The 27th Indiana reported 50 casualties: 15 killed, 29 wounded, 6 prisoners or missing.  Evidence from the minutes of the 27th Indiana Regiment Association suggest that a veteran of that unit, a Mr. John Bresnahan purchased and placed a monument to this regiment, on his own, at Chancellorsville in 1899, and then solicited funds from the association in 1900 to pay for it.    John Bresnahan toured the Cedar Mountain Battlefield with his friend Edmund Brown in August 1889.  A statement published in  the 3rd Wisconsin Veterans Association minutes for 1902 says “The 27th Indiana dedicated their monument last year.”  This dates the placement of the 27th Indiana monument to 1901.  It is probable that Mr. Bresnahan was responsible for the monument.

The monument to the 27th Indiana reads: 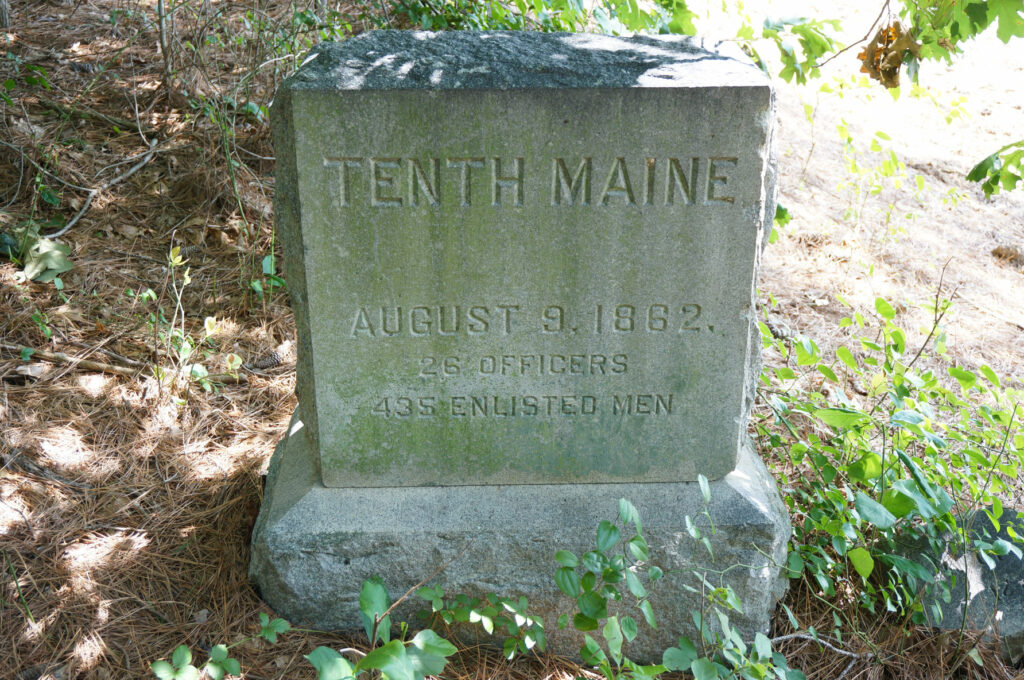