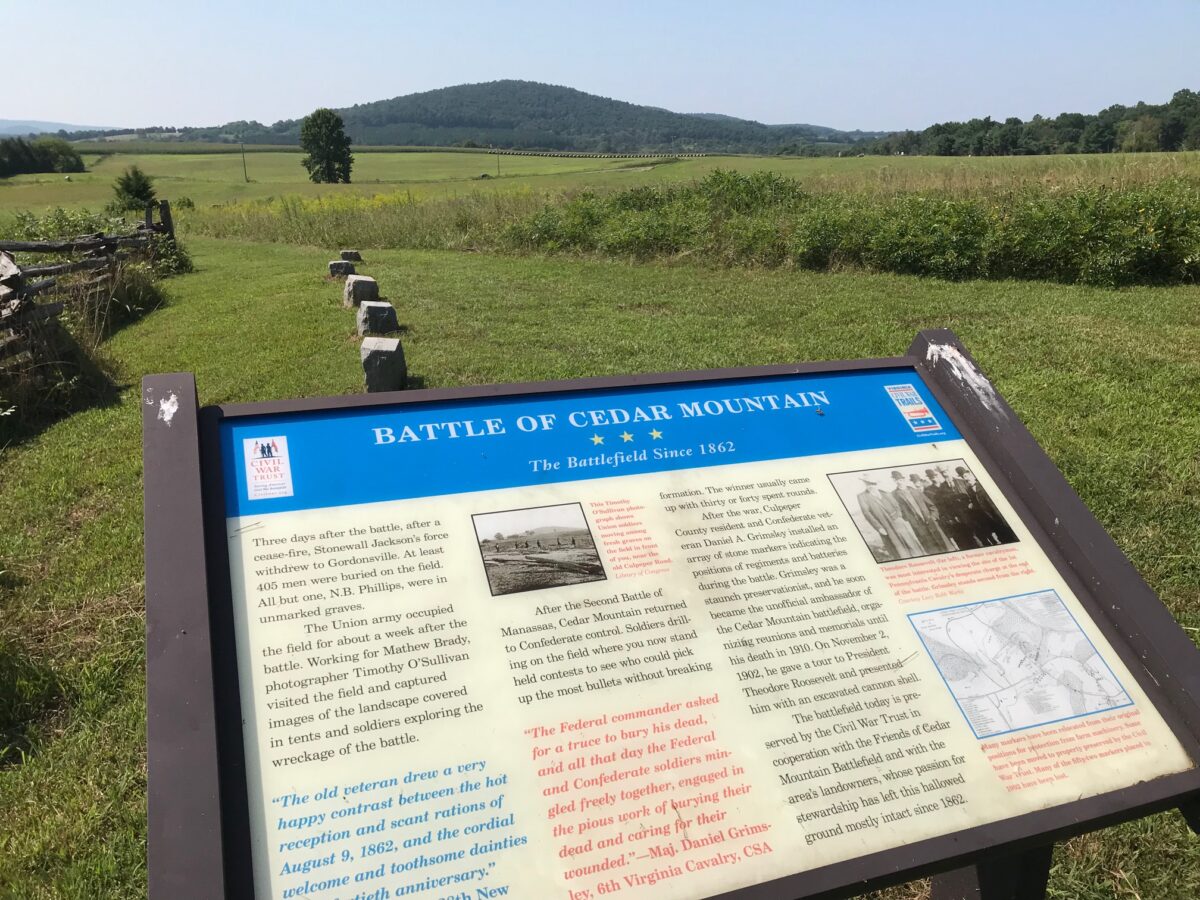 There are seven historical interpretive markers on the battlefield for visitors who would like to take a self-guided tour. There is no better way to gain understanding of a battle than to walk the ground. We hope this article will be useful to individuals or groups planning a visit.

When the American Battlefield Trust (ABT) first acquired the property now preserved, representatives met with the Friends of Cedar Mountain Battlefield (FCMB) to discuss trail options. The trails were laid out to make use of the preserved parcels while also keeping the land farmable. Trails had to be safe and easy to maintain. 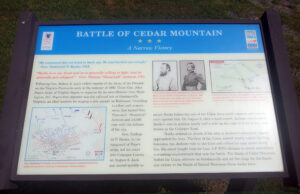 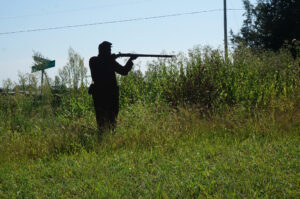 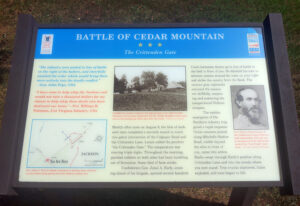 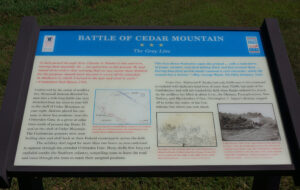 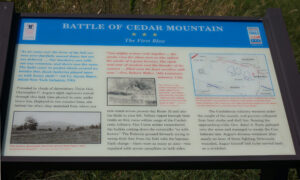 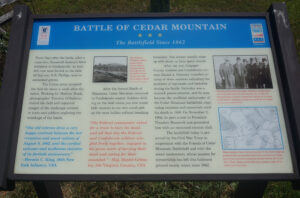 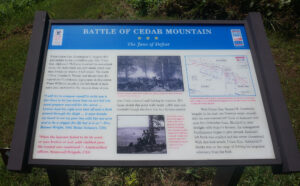 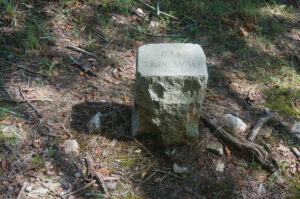 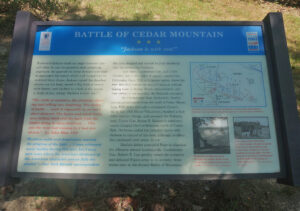 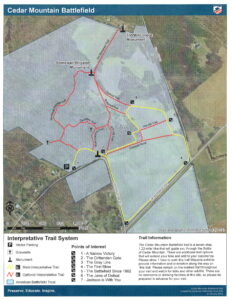